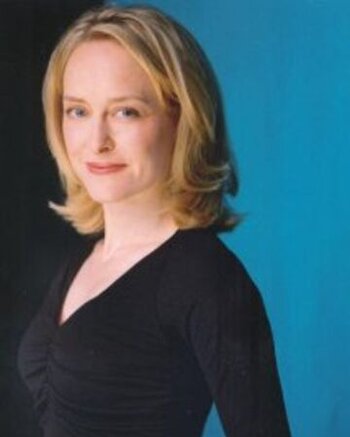 Stephanie Morgenstern has worked extensively in both English-speaking and French-speaking Canada, with numerous credits to her name in movies and TV series. She tends to have major roles in cartoons, including such shows as Yin Yang Yo!, Blazing Dragons, Power Stone and the DiC dub of Sailor Moon. Another notable role of hers is as Regina, the protagonist of the first two entries of the Dino Crisis video game series.

She is married to Mark Ellis, with whom she created CTV's police drama Flashpoint and CBC's WWII espionage thriller X Company. The two have also directed a couple short films like Remembrance and Curtains, which they also co-starred in.