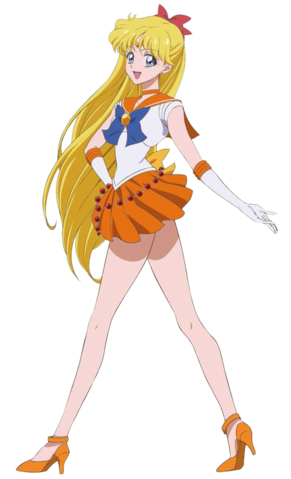 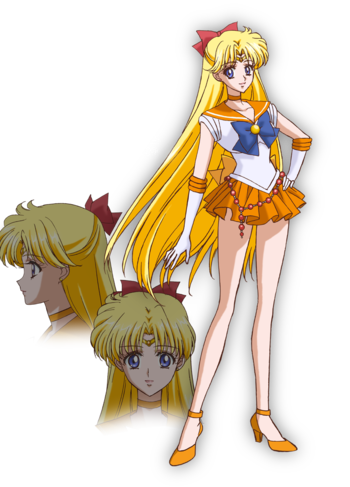 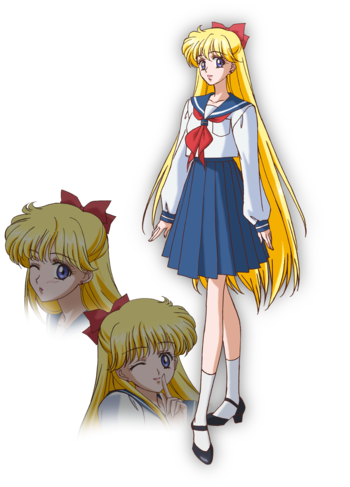 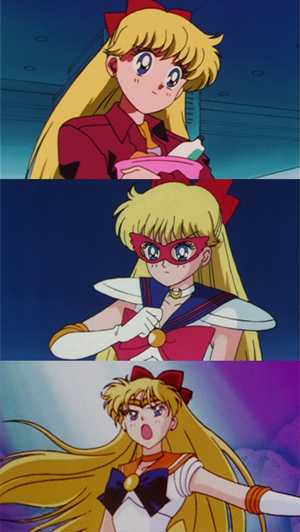 "Guardian of Love and Beauty, the pretty sailor suited soldier Sailor Venus! In the name of Love, I will punish you!"

Though she joins the team last, Minako has been active as a Sailor Guardian for quite some time using the alias of "Sailor V". She served as the leader of the Four Guardian Soldiers during the Silver Millennium and currently continues in that role, second only to Sailor Moon. Her ditziness and wacky antics belie an incredibly strong and capable Heartbroken Badass.

She was the first character in the franchise to be created, originally starring in a 1991 one-shot that would eventually become the prequel manga Codename: Sailor V, which was published alongside the Sailor Moon manga.