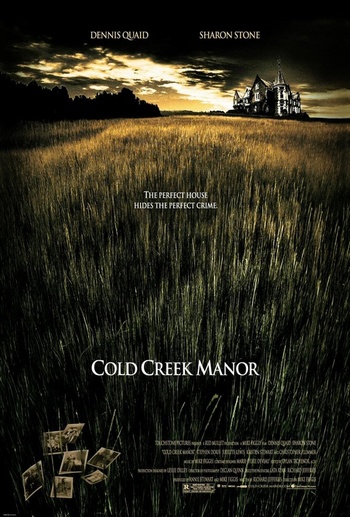 Wanting to escape New York life for the countryside, Cooper (Quaid) and Leah Tilson (Stone), along with their two children, move into a dilapidated old mansion still filled with the possessions of the previous family. Turning it into their new dream home soon becomes a nightmare when the previous owner Dale Massie (Dorff) shows up, and a series of terrifying incidents lead them on a spine-tingling search for clues of the estate's dark and lurid past.

Tropes seen in the film include: