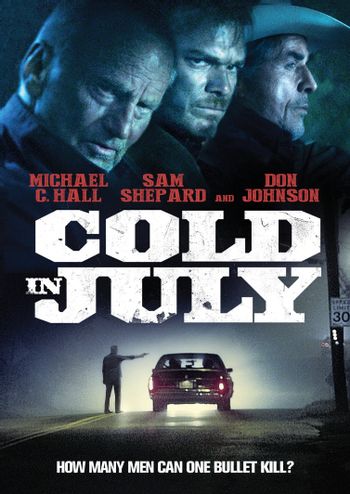 Cold in July is a 2014 crime thriller film directed by Jim Mickle (We Are What We Are, Stake Land), based on a novel by Joe R. Lansdale (Bubba Ho-Tep).

A mild-mannered father, Richard (Michael C. Hall), shoots a burglar in his home. Consumed with guilt, Richard goes to the burglar's funeral; unfortunately, the man's father (Sam Shepard) also shows up, looking for revenge. But this is only the beginning of a long, twisted tale.