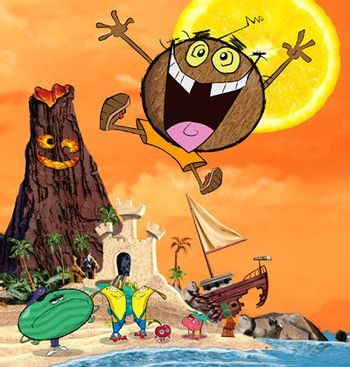 A 2005 Warner Bros. animated show that lasted only 13 episodes. It starred the hyperactive Coconut Fred in his strange and silly adventures on Fruit Salad Island. He is usually aided by a neurotic cherry, hillbily twin bananas and a Noble Savage strawberry, and usually to the misery, strife and pain of a strict watermelon, a lemon who wants to get off the island and a bully apple.