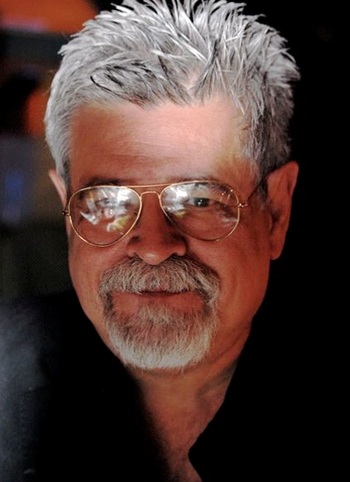 "I don't write fantasy; I write historical novels about an imaginary place."
Advertisement:

The Riftwar Cycle is one of the longest High Fantasy series ever written, encompassing many trilogies, all set in the same universe, making it a sustained feat of world building. The first volume, Magician, was published in 1982, but the last, Magician's End, came out in 2013.

Faerie Tale (1988), Feist's only other published work, is a dark Urban Fantasy, in which some of The Fair Folk harass an average American family and plot genocidal war.

He also co-authored The Empire Trilogy (Magician from the other point of view) with Janny Wurts.