This page covers Usagi Tsukino, The Protagonist of Sailor Moon. 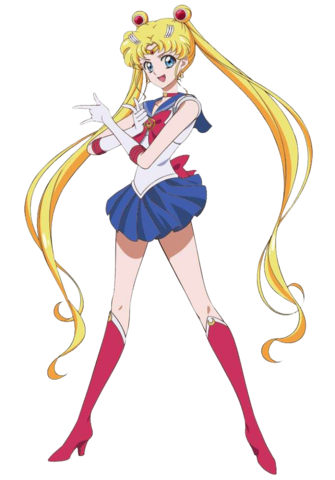 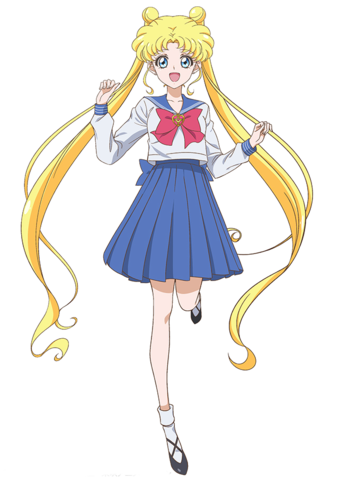 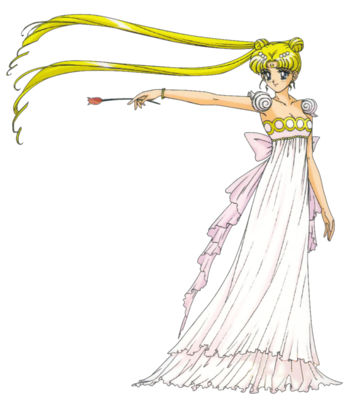 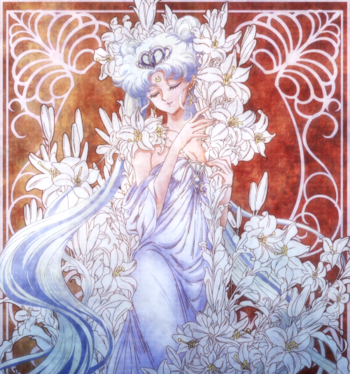 "I am the sailor suited Pretty Guardian who fights for love and for justice — I am Sailor Moon! In the name of the moon, I'll punish you!"
Advertisement:

The Protagonist of the series. Usagi is an ordinary junior high school student who discovers one day, thanks to the appearance of her Mentor Mascot Luna, that she is a warrior destined to protect Earth from the evils that threaten to destroy it. It is later revealed that she is the reincarnation of Princess Serenity from centuries past, and that she will one day become Neo-Queen Serenity and rule the world. Though initially frightened by this responsibility, Usagi grows over the course of the series from a spoiled crybaby unsure of herself and her abilities into a brave fighter for love and justice (though she never quite gives up her goofy ways).

The codifier's first three iconic transformations, that many future magical girls and parodies of reference somehow.

The codifier's first three iconic transformations, that many future magical girls and parodies of reference somehow.