Main Character Index
Main Cast (Usagi Tsukino | Ami Mizuno | Rei Hino | Minako Aino) | Supporting Cast | Villains (Dark Kingdom | Black Moon Clan | Death Busters | Dead Moon Circus | Shadow Galactica) | Others | Musical Only Characters | Pretty Guardian Sailor Moon
Dark Kingdom
The main antagonists of the first season/story arc of Sailor Moon. Long ago, in the time of the Silver Millennium, a demonic force known as Metalia arose from the sun seeking to destroy all life. Finding herself an avatar in the form of a woman named Beryl, Metalia corrupted the woman by praying on her feelings of jealousy towards Princess Serenity of the Moon Kingdom for her relationship with Prince Endymion of Earth. Beryl's forces soon attacked the Moon Kingdom, reducing it to ruins, and causing the deaths of almost all its residents, including Endymion and Serenity. Using the last of her power, Queen Serenity sealed Metalia away into the earth.

However, in the modern era, the seal eventually weakened enough that Metalia's influence could seep through and Beryl returned to finish what she started. The Dark Kingdom seeks to find the Legendary Silver Crystal in order to permanently release Metalia from her slumber and Take Over the World. 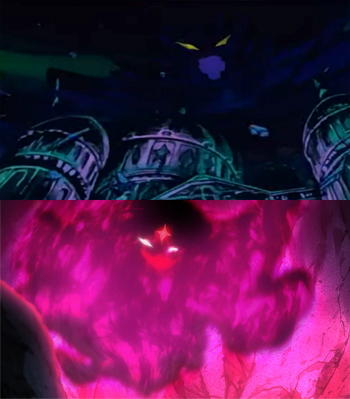 An incorporeal demonic force born from the sun that plots to use the Silver Crystal to Take Over the World. 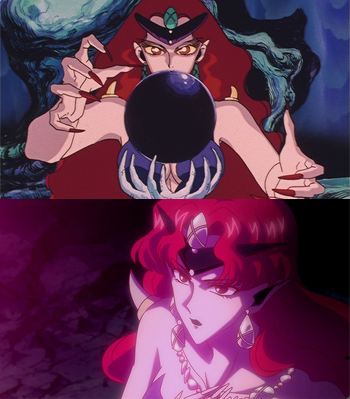 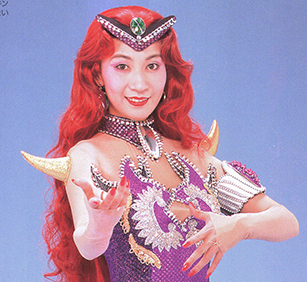 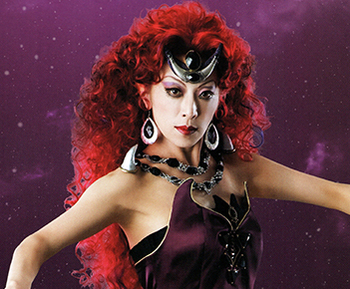 Once an ordinary Earth woman, her obsession with winning Prince Endymion's love dragged her into Metalia's clutches; now she plans to use Metalia to have him at any cost.

From left to right: Kunzite, Zoisite, Nephrite, and Jadeite.
Click to see them in the musicals 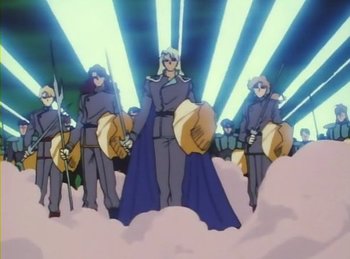 Queen Beryl's four generals who are tasked with gathering energy from humans for Queen Metalia's awakening. 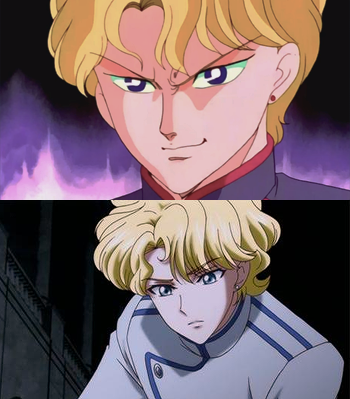 The Starter Villain of just about every version of the series, who concocts various plots to steal human energy in the Tokyo area. 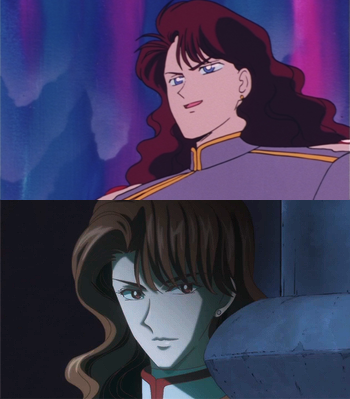 Jadeite's somewhat bolder and more flamboyant successor who uses the movement of constellations to find his energy targets. 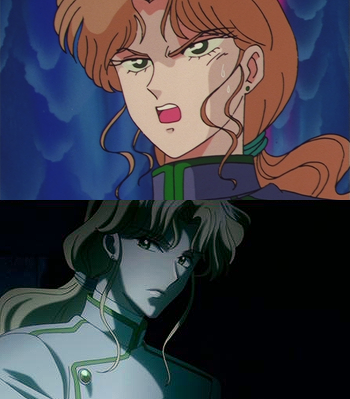 The most cunning and manipulative of the Shitennou, though he's also rather vain and petty. In the 90s anime, he was in a relationship with Kunzite. 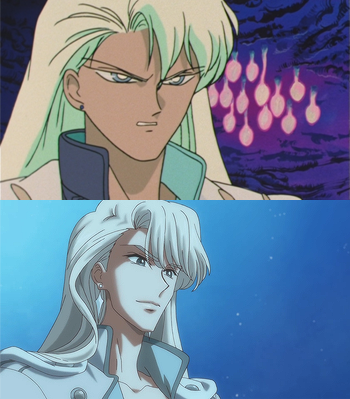 The leader of the Shitennou, and naturally Beryl's most powerful underling. He plans to root out the Moon Princess and steal the Silver Crystal.

A sub-division of the Dark Kingdom and the main antagonists in Codename: Sailor V.

A mysterious individual heading the Dark Agency. He was formerly a soldier from Venus who fell in love with Sailor Venus from afar. In the present day, he is being forced to serve Queen Beryl, but repeatedly saves Sailor V from Fluorite's minions as the mysterious Phantom Ace. 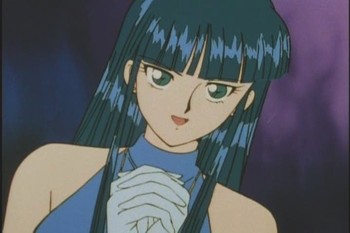 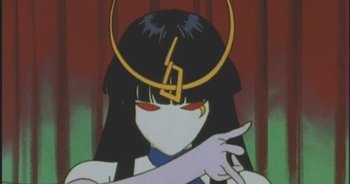 An extremely powerful water-elemental Youma who belongs to an elite and high-ranking group of Youma under Queen Beryl's direct command. She is the only Youma (and one of the only monsters-of-the-week, period) shown to have any real personality and depth. She has unrequired feeling for Jadeite. 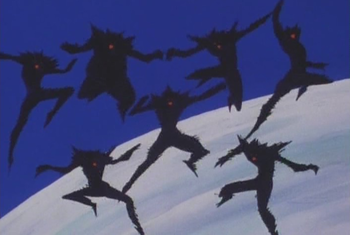 A group made up of the seven most powerful Youma: Gesen, Boxy, Bunbo, Binah, Rikoukeidar, Jiji and Bakene. Reborn as humans (and one cat), each carries one of the seven Rainbow Crystals inside them. 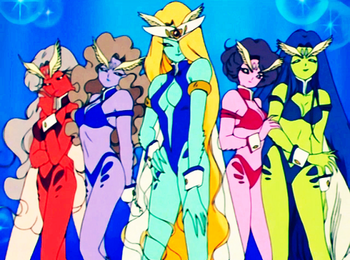 A group of five powerful Youma who volunteered to fight the Sailor Senshi when they came to confront Queen Beryl at D-Point. The five are responsible for the death of all but Sailor Moon before the Final Battle.