Main Character Index | Main Cast | Usagi Tsukino | Minako Aino | Supporting Cast | Villains | Dark Kingdom | Black Moon Clan | Death Busters | Dead Moon Circus | Shadow Galactica | Others | Musical Only Characters | Pretty Guardian Sailor Moon
Shadow Galactica
The main antagonists of the fifth and final saga of Sailor Moon. The Shadow Galactica is an empire created by Sailor Galaxia whose mission is to travel all over the universe destroying planets, battling Sailor Soldiers, and taking their Star Seeds/Sailor Crystals in an attempt to take over the entire universe. The organisation is composed of Sailor Guardians who either betrayed their comrades in order to survive Galaxia's wrath or were forcibly recruited into her ranks. After managing to conquer most of the known universe Shadow Galactica arrived in the Milky Way Galaxy in order to gain the last remaining Star Seeds/Sailor Crystals on Earth, including Sailor Moon's whose power is the strongest in the universe, in order to remake the universe in their own image.
open/close all folders

The final villain of the Sailor Moon series, a dark being that is the source of all evil in the galaxy. 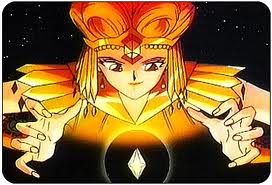 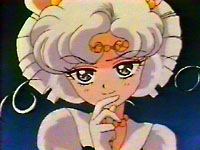 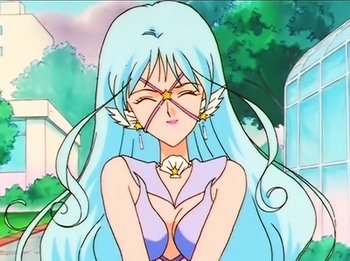 Voiced by: Kikuko Inoue (JP), Faye Mata (EN) Maru Guerrero (LatAm), Olga Lima (PT)
Aluminum Siren comes from the planet Mermaid. In the manga she only appears in one scene during Act 52 where she's quickly killed off but Sailor Stars expanded her role. 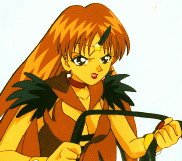 From the planet Cocoon. The last and most formidable Animamates, she appears only in the manga and Musicals.
Sailor Phi and Sailor Chi

Star gardeners who watch over the Sailor Crystals Galaxia's other minions harvest. The two are actually directly in charge of the Sailor Animamates under Galaxia's orders. 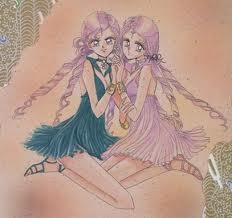 From the planets Mnemosyne and Lethe. The two guard the Desert River of Oblivion on the outskirts of the Sagittarius Zero Star and are in charge of wiping out the memories of any trespassers that enter the Shadow Galactica territory. Unlike the majority of the minions under Galaxia's command, the two were both true Sailor Soldiers before joining Shadow Galactica. They signed up willingly after their planets' demise because their worlds were always at war with each other and Galaxia had made them peaceful by wiping out all life. Sailor Lethe is the Soldier of Truth and Sailor Mnemosyne is the Soldier of Memory.

"False Sailor Guardians" used as the Monster of the Week in the fifth season of Sailor Stars. They do not exist in the manga, however, and were created as filler.