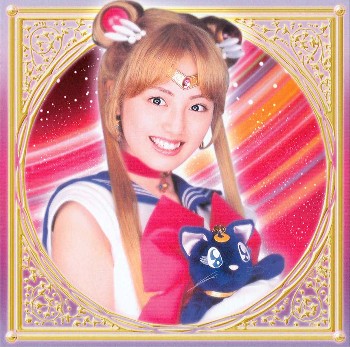 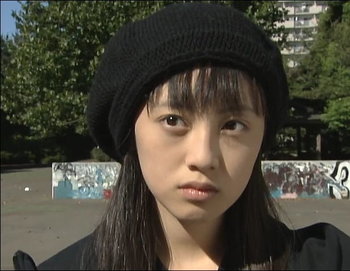 "In the name of the moon, I'll punish you!"
Portrayed by: Miyuu Sawai
Ami Mizuno - Sailor Mercury/Dark Mercury 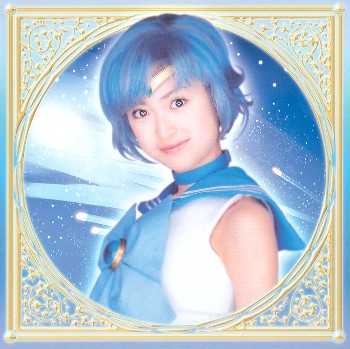 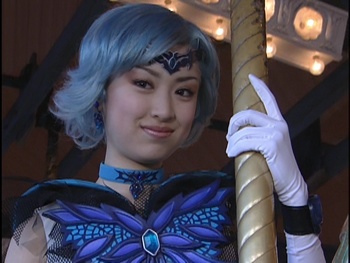 "It's useless to run away."
Portrayed by: Rika Izumi (aka Chisaki Hama)
A studious student in Usagi's class. Mistaken for a snobby rich girl, Ami is a lonely person who only comes out of her shell after being befriended by Usagi.
Rei Hino - Sailor Mars 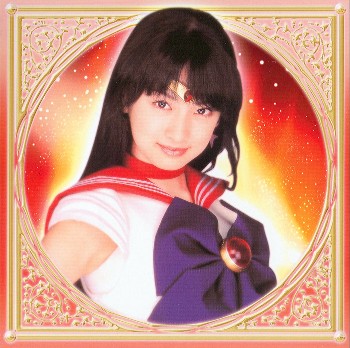 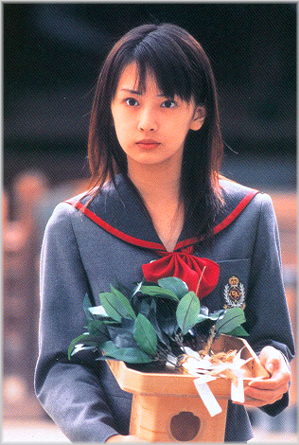 "You can't let a ghost from the past take what you love from you!"
Portrayed by: Keiko Kitagawa
A Miko who works at her grandfather's shrine. Rei appears stoic and aloof to most people, and has a deal of snark, but she cares deeply for the people who get under her cold exterior.
Advertisement:
Makoto Kino - Sailor Jupiter 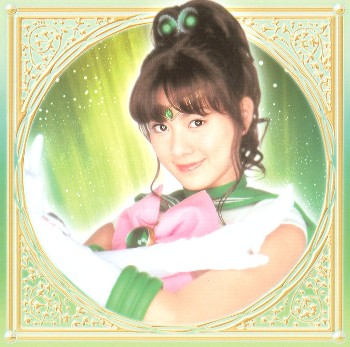 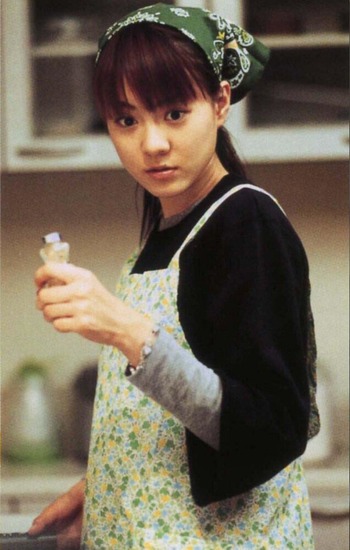 "Don't fuck with me!"
Portrayed by: Mew Azama
A New Transfer Student to Usagi's school. Makoto is a tough Action Girl who frightens most people away due to her reputation as a ruffian, but deep down she just wants to have friends.
Minako Aino - Sailor V/Sailor Venus 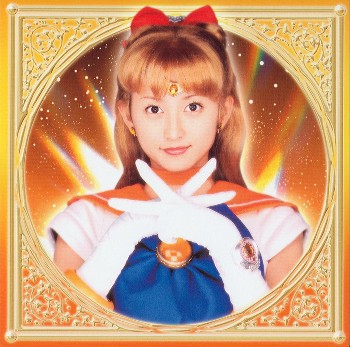 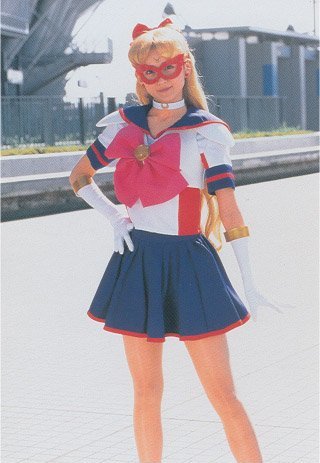 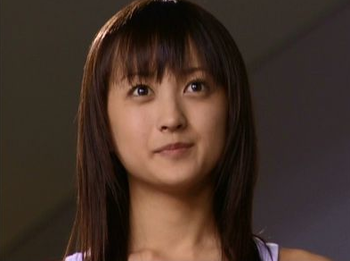 "There is no me other than Sailor Venus."
Portrayed by: Ayaka Komatsu
A popular Idol Singer who by night takes on the mantle of Sailor V. When the other Senshi awaken, she assumes the role of the Moon Princess and reveals herself as Sailor Venus. Of course, she is not the real Moon Princess, acting as a decoy for Sailor Moon. She is more focused and determined in this version, with a cold exterior shell.
Princess Sailor Moon UNMARKED SPOILERS 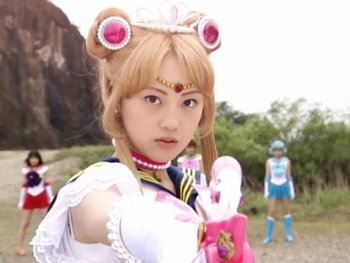 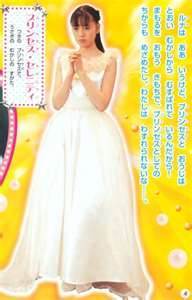 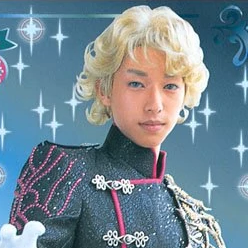 The first of the Shitennou to appear. The youngest member of the group and the least experienced, he nevertheless does what he can to antagonize the Sailor Senshi and take the Silver Crystal. He deeply cares for Beryl and values her over anything else. 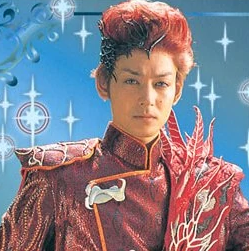 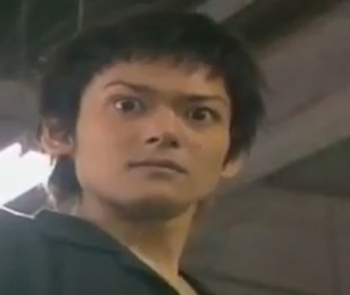 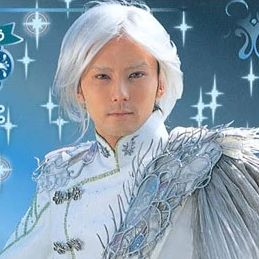 The third of the Shitennou to appear. An older, more experienced member, he initially is as loyal as any of the other generals and more competent than the other two, but when he takes a mortal injury he remembers his past life as one of Endymion's loyal servants and defects from the Dark Kingdom, instead trying to make Mamoru remember his past life and prevent him and Usagi from becoming lovers again. 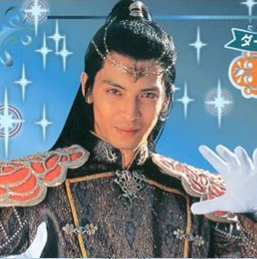 The final member of the Shitennou to awaken. He was so dangerous to Beryl in the past that she wiped his memory and intended to let him live as a normal human until she deemed the other Shitennou unable to handle the Sailor Senshi and awakened him again. He has little interest in following her plans, however, and seeks to steal Metaria's power for himself. 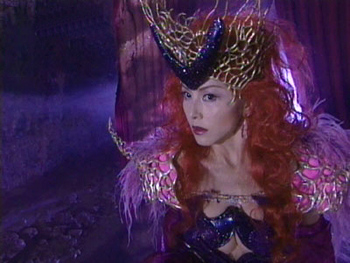 Portrayed by: Aya Sugimoto
The Queen of the Dark Kingdom. Originally a woman who fell in love with Endymion and had her heart broken when he fell in love with the Moon Princess. Beryl turned to Metaria for power and caused the Earth and Moon Kingdoms to go to war. In the current day she has been reincarnated and seeks the power of the Silver Crystal to resurrect Queen Metaria.
Mio Kuroki/Queen Mio 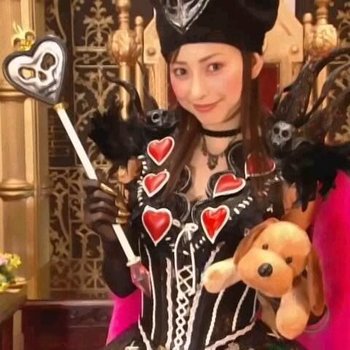 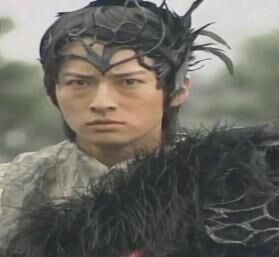 An evil force that empowers Queen Beryl and whose power is tied to the awakening of the Silver Crystal. 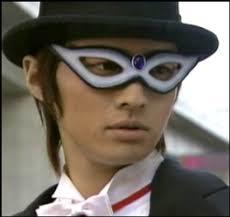 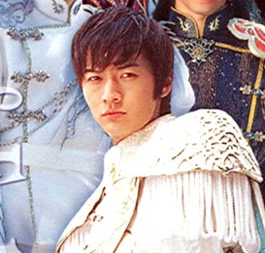 Portrayed by: Jouji Shibue
The title character's Love Interest. A man whom Usagi repeatedly runs into and is teased by. He is also Tuxedo Mask, a mysterious warrior who was given a mission in his dreams to find the Silver Crystal and protect the moon princess. In his past life, Mamoru was Endymion, prince of the Earth Kingdom, lover of Princess Serenity, and leader of the Shittenou.
Luna and Artemis (SPOILERS) 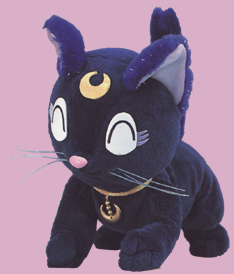 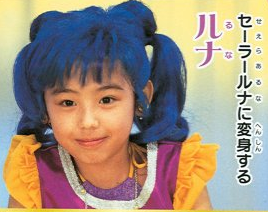 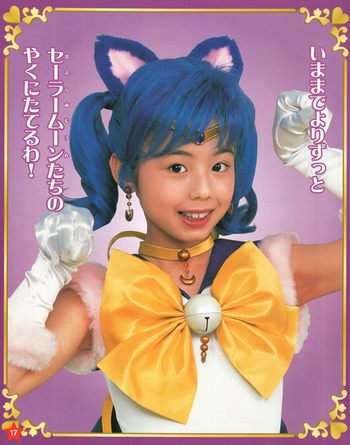 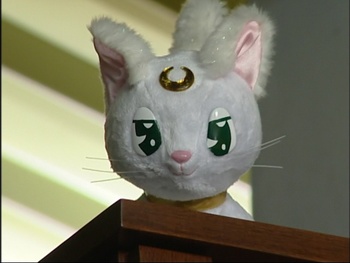