This page covers the villains of Sailor Moon. 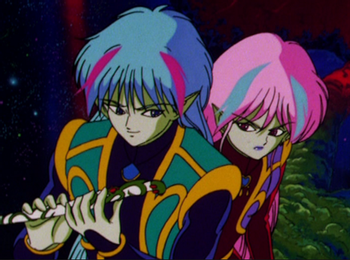 Two anime-exclusive aliens who showed up at the start of R. Their idea of love is skewed at best. 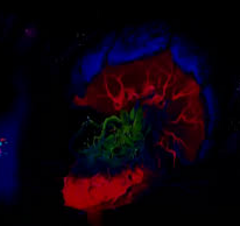 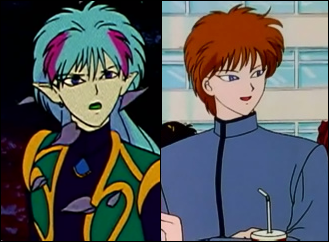 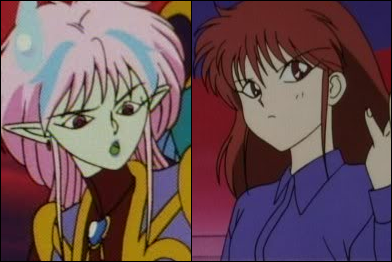 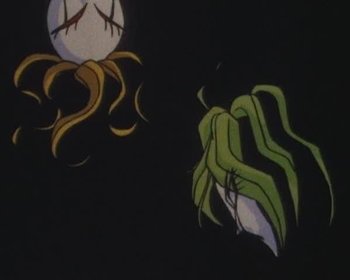 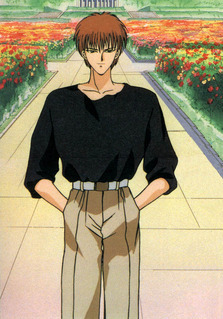 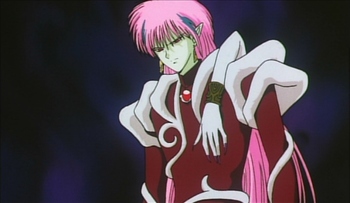 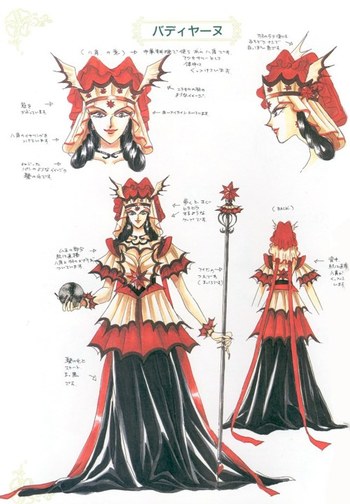 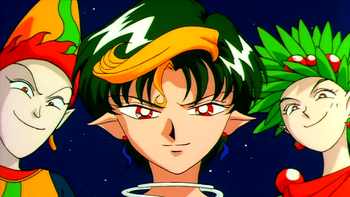 Poupelin, Banane and Orangeat are Badiane's right-hand men in the SuperS movie. They are recruited to hypnotize children and participate in Badiane's plan for the Black Dream Hole.

General
Lyrica Hubert
Voiced by: Yuriko Yamamoto (JP)
A mysterious foreign exchange student from Chibi-Usa's class. Her weird behavior leads Chibi-Usa to fear she may be a vampire. She appears in "Chibi-Usa's Picture Diary: Beware of The Transfer Student," and is one of the villains in the "SuperS Special" but with a rewritten backstory.
Zeta and Epsilon 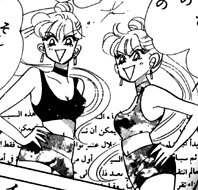 Personifications of stars in the Lyre constellation, they manipulate the weaver Shokujo into helping them brainwash girls so they can steal their energy in "Chibi-Usa's Picture Diary: Beware of Tanabata."

The bad guys of the "Exam Diary Battles," "Chibi-Usa's Picture Diary: Beware of Cavities," and "The Secret Hammer Price Hall." These are spirits who dwell in certain areas the Guardians visit, and after awakening they each end up targeting one specific girl for different reasons. None of them save Bonnun made it into other formats beyond the manga.