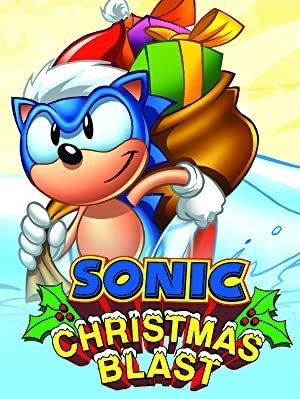 Sonic Christmas Blast is a Christmas special based on Adventures of Sonic the Hedgehog, released in 1996, three years after Adventures ended its original 65-episode run. This special was created as a tie in with Sonic 3D Blast.
Advertisement:

Dr. Robotnik has captured Santa Claus and taken over his job, posing as Robotnik Claus. Robotnik Claus' plan is to have everyone on Mobius give him presents. It's up to Sonic to rescue the real Santa Claus, take back all the stolen presents, and deliver them to all the good people of Mobius.