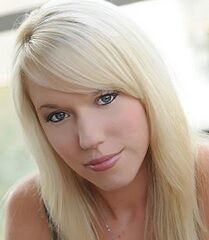 "You can tell a character is voiced by Chantal Strand if she's made of wholesomeness and is pink."
Advertisement:

Best known for the roles of Bijou in Hamtaro, Cassie in Dragon Tales, Lacus Clyne in Gundam SEED and Gundam SEED Destiny in which she voiced both Lacus Clyne and Meer Campbell, Chantal is often cast into younger female roles, most likely because of the sound of her voice, and has occasionally been called upon to provide accents to characters, which she is able to pull off.

She also has an identical twin sister, Michelle.

Tropes regarding her characters: