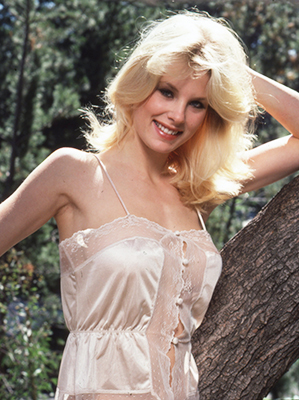 Dorothy Stratten (born Dorothy Ruth Hoogstraten, February 28, 1960 – August 14, 1980) was a Canadian model and actress who was best known for being Playboy Playmate of the Month for August 1979 and Playmate of the Year in 1980, and for her acting roles in the comedy films Galaxina and They All Laughed.

She was married to Paul Snider and was partners with Peter Bogdanovich.

Stratten was murdered in 1980 by her husband, Snider (who then killed himself), when she was 20 years old.