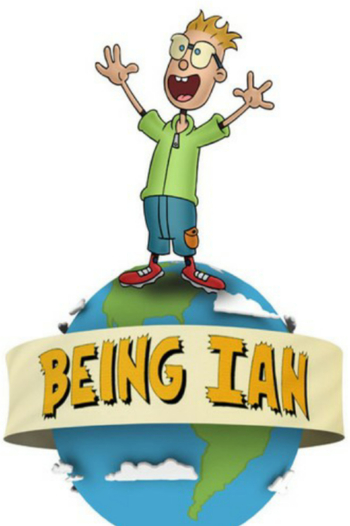 Why can't the world just see things my way?
Advertisement:

Meet Ian Kelley. He's a 12-year-old boy from Burnaby, British Columbia, Canada with a big imagination, big ideas, and big dreams. Ian aspires to become a great filmmaker one day and win an Academy Award of his own. For now however, he's stuck trying to survive his everyday life, creating elaborate schemes (usually with the help of his trusty filmmaking camera and his best friends Sandi Crocker and Tyrone Washington) and trying to fit in with a world that just won't seem to match up to his cinematic passions.

In particular, Ian must cope with his quirky family, which consists of his father Ken (who runs a piano and organ shop called Kelley's Keyboards with a kooky Dutch immigrant named Odbald as his sole employee), his mother Vicky (who divides her time between helping Ken run the store and as a homemaker cooking up disgusting vegetarian dishes), his two teenage brothers, Kyle and Korey (who constantly prank Ian and pick on him), and his grandmothers (Ken's Violent Glaswegian mother Eleanor and Vicky's doting Polish mother Mary Menske).

But some day, mark his words, Ian Kelley will be able to make it big in his crazy little world - the world of being Ian!

Being Ian is a Canadian animated sitcom created by voice actor Ian James Corlett of The Ocean Group dubbing team (who had previously created another animated series, Yvon of the Yukon), inspired by his own childhood experiences. Produced by Nelvana and Studio B Productions (who would collaborate again on Class of the Titans), the show was shown on YTV in its home country, but also saw exposure on US television as part Qubo's Night Owl block. It ran from April 26, 2005 until October 11, 2008 with a grand total of 65 episodes over 3 seasons.