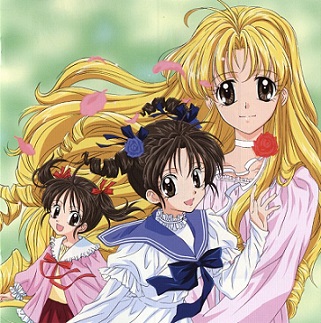 Full Moon was adapted into an anime in 2002, which, according to The Other Wiki, enjoyed high ratings in Japan. Though the premise remained the same as the manga, it was noticeably Lighter and Softer and had a different ending due to the fact that the anime Overtook the Manga.

The anime is available in North America via Viz Media. The DVD releases were halted due to poor sales, only going as far as episode 28. However, all 52 episodes are available on Hulunote However, they are based on Viz Media's DVD masters, and are subtitled only.

In addition to the tropes listed on the manga page, the anime consists of: