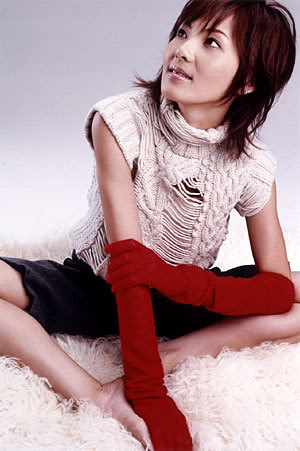 myco (lowercase intended, real name Maiko) (born February 27, 1979) is a Japanese song writer and a former band member of Changin' my life before going solo, and after a few years of hiatus, went to join another band named Quintillion Quiz, and remains active to this day.

Like most of her fellow singers in the likes of Rie Tanaka, Hitomi Nabatame, and Rica Matsumoto, she had a memorable, but brief, stint as a seiyu, voicing as Mitsuki Koyama of Full Moon. In fact, she's a literal case of ""Do It Yourself" Theme Tune" where all of her songs (minus opening songs) are by her when she was with Changin' my life.

During Full Moon's run in the anime and manga, Arina Tanemura had drawn myco herself, which can be seen here