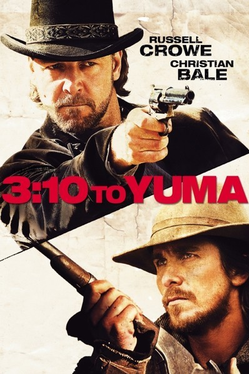 So, let's say we've got at least two actors, with about the same level of success and popularity. They might be interested in making similar projects, have starred in similar roles, or may even be buds and want to make a film together; in any case, it is certain that people will love to see these two in a movie together to watch them go at it. Thus, we get a Dueling Stars Movie, a film whose entire reason for being (and the main reason to see it) is to see "those guys" together.

It should be noted that a film starring two bankable actors doesn't automatically qualify as a DSM. Here are a few qualifications that must be met:

1) The stars must be about equal in success and popularity. For instance, Lethal Weapon is not a DSM: people didn't say "Aw man, Mel Gibson and Danny Glover are making a movie together, I gotta see this!"; Gibson provided the star power here (in fact, this is the movie that made Glover a star). Similarly, Rush Hour wouldn't be considered this either: people didn't give a damn about seeing Jackie Chan and Chris Tucker going at it, they wanted to see Jackie Chan kick ass, and Tucker was along for the ride. This wasn't the case with the next two films though, where Jackie Chan was billed under Chris Tucker.

2) We are interested in seeing the film not only for the characters the actors play, but primarily to see them. People didn't go to see Lethal Weapon to watch Gibson and Glover play off each other, they went to see Murtagh and Riggs do that, which is an important distinction. In the same vein, while movies like Harry Potter and X-Men may have big name stars to their credit that we love to see together (Alan Rickman, Jason Isaacs, Kenneth Branagh, etc. for the former; Ian McKellen and Patrick Stewart for the latter), we don't go just to see them, we go to see Snape, Magneto, Professor X, and so on.

Now Face/Off, on the other hand, is perhaps the poster boy of this trope. The sheer awesome ridiculousness of the plot was just icing on the cake; what people really wanted to see was "Travolta/Cage" (as the poster proclaimed) to see who could better Chew The Scenery and blow up more stuff. Of course, a DSM need not be merely an action-blockbuster; sometimes we can get films where we actually want to see the stars act: The Lion in Winter is a good example of this, as the main draw is seeing two of the best actors in Hollywood (Peter O'Toole and Katharine Hepburn) give it their all while they verbally eviscerate each other for two hours (Hepburn won Best Actress at the Oscars for her performance).

In short, this trope could be thought of as Just Here for Godzilla as applied to the film's stars, and as a result is practically made of And the Fandom Rejoiced. It will very often (nay, almost inevitably) involve copious amounts of Chewing the Scenery, with the stars often making glorious hams of themselves, to the point that the whole movie can be made of pure, juicy meat, especially if the stars in question go after each other in a bout of Ham-to-Ham Combat. Hostility on the Set is often the behind-the-scenes result of this, though that's not exactly a bad angle for publicity.

A Sub-Trope of All-Star Cast. Not to be confused with Dueling Movies or Hostility on the Set.