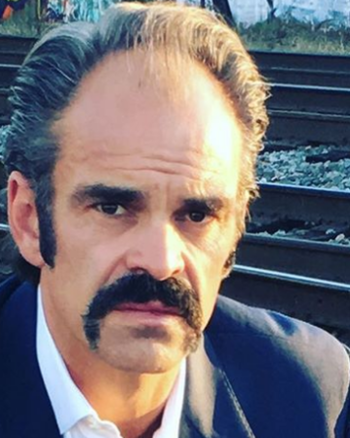 Steven Ogg (born November 4, 1973) is a Canadian actor. He is perhaps best known for his roles as the iconic Trevor Philips in the 2013 video game Grand Theft Auto V and as Professor Venemous in OK K.O.! Let's Be Heroes. He's also made frequent appearances in television series such as Better Call Saul, Law & Order, Person of Interest and Westworld, usually playing violently entertaining villains. After joining the cast of The Walking Dead as recurring villain Simon, he was elevated to series regular for Season 8 after positive audience reception to his performance. He's also appeared in a series of Old Spice commercials as "Bob Giovanni", a parody of infomercial pitchmen from the 80s and 90s.