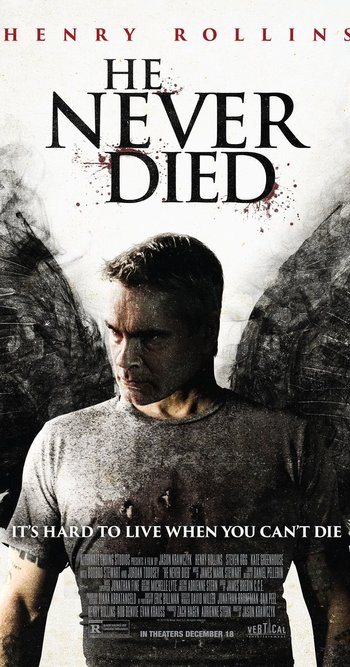 This pretty much sums it up.
Advertisement:

He Never Died is a 2015 horror/comedy written and directed by Jason Krawczyk, starring Henry Rollins and Steven Ogg.

The story centers a mysterious man who goes by the name Jack. Jack lives a curious and isolated existence, sleeping most of the time, frequenting a diner every single day, and playing bingo. He also pays a local medical student for packages that he stores in his refrigerator. When the medical student gets mixed up with the wrong crowd and a former fling reveals that he has a teenage daughter, Jack is forced to come out of his shell and reveal some unsettling things about himself.

He Never Died contains examples of: