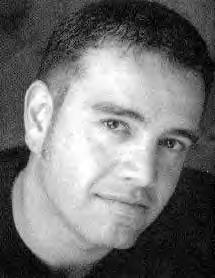 Paul Dobson (born December 7, 1963 in London, England), of the brothers Dobson (himself, Michael, and Brian), is an accomplished Canadian voice actor, one of the many who work with The Ocean Group and other studios based in Vancouver, British Columbia, Canada. Paul is frequently cast as a brilliantly cunning, evil villain, or a thuggish strong guy. He also plays cartoony characters that provide some sense of comic relief, usually a minion of some kind of relatively small size like Myoga on Inuyasha, or a perverted midget like Happosai of Ranma ½, or mentor-type characters, such as Alastor of Shakugan no Shana and Sensei Wu of Ninjago.

Arguably, Paul's most notable role as a villainous character would be Naraku from Inuyasha, with the manipulative Sideways from Transformers: Armada and the vicious dark-hunter Nidhiki from BIONICLE 2: Legends of Metru Nui as close seconds. As the tough guy, he is recognized as the elder Enzo Matrix from ReBoot, and the unstoppable Juggernaut (Bitch) from X-Men: Evolution. His prominent comedic roles are Myoga from Inuyasha, and Howdy from Hamtaro, as well as Happosai from Ranma ½. He commonly acts alongside his brothers, such as during the hit Bionicle movies B2 and B3, in which he also played Toa Whenua (a strong-guy character) (and the above mentioned Nidhiki's partner Krekka is voiced by Michael Dobson), as well as during Ranma ½ and Inuyasha. He played Doctor Doom in Fantastic Four: World's Greatest Heroes as well as in Marvel vs. Capcom 3 (where he also voices Shuma-Gorath). He's also known for voicing Graham Aker in Mobile Suit Gundam 00 and Zarbon in the Ocean dub of Dragon Ball Z. He voiced the main villain Moo in the overlooked anime, Monster Rancher, secondary antagonist Chiros in Kong: The Animated Series, and the E.O. Captain who serves as antagonist of the first two episodes of Black Lagoon. He has played a number of roles in Warhammer 40,000: Dawn of War: most notably, he is the primary voice actor of Captain Gabriel Angelos, and provided the first voice of Eliphas the Inheritor, as well as the voices of General Sturnn and Chaos Space Marines.