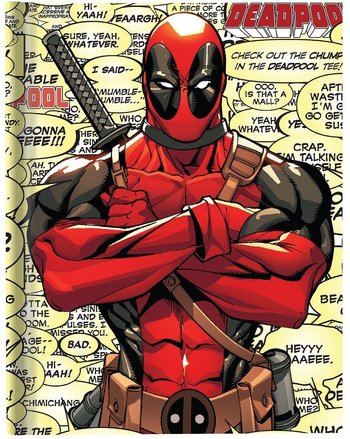 Deadpool is a character appearing in various Marvel Comics media. You may be looking for:

Deadpool mini-series and limited series
Some of these series have their own pages for information and tropes in them:
Deadpool versus series
Advertisement:
Deadpool team series
Films
Games