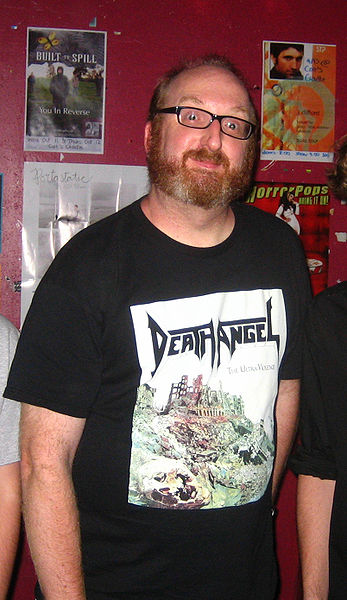 Brian Edmund Posehn (born July 5, 1966 in Sacramento, California) is an American stand-up comedian and actor, known for performing with other comics such as Patton Oswalt, Zach Galifianakis, and Maria Bamford, among others. He has acted in movies, TV sitcoms such as Just Shoot Me! and The Big Bang Theory, animated series like Mission Hill, Sym-Bionic Titan, and Steven Universe; and games like Minecraft: Story Mode.

He became the co-writer with Gerry Duggan of the third Deadpool solo series as part of the Marvel NOW!! relaunch in 2013.

This comedian contains examples of: