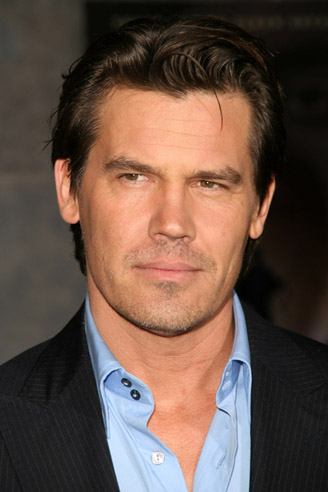 Fun isn't something one considers when describing Josh Brolin... but this... does put a smile on my face.

The son of actor James Brolin, Josh made his screen debut at the age of 17 in The Goonies but despite working consistently on TV and film, didn't gain any widespread recognition until 2007, where he had one hell of a breakout year: key roles in Grindhouse, American Gangster, In the Valley of Elah, and the Oscar-winning No Country for Old Men all showcased his considerable talent and rugged charms. He followed 2007 up with two more acclaimed performances in 2008: W. and Milk, earning an Academy Award nomination for the latter, which upped his status in Hollywood even more.

He got even more attention when casted as the ultimate villain of the Marvel Cinematic Universe, Thanos the Mad Titan, starting with Guardians of the Galaxy and culminating with Avengers: Infinity War and Avengers: Endgame. He also appeared as another Marvel character, this time heroic but not set in the same universe, in Deadpool 2 portraying Cable and is set to reprise it again in X-Force.

Often plays rugged badass characters from the South or Southwest.

I'm sorry, little one. But I let you out and mom'll ground my ass and I've got a date with Andy on Friday.