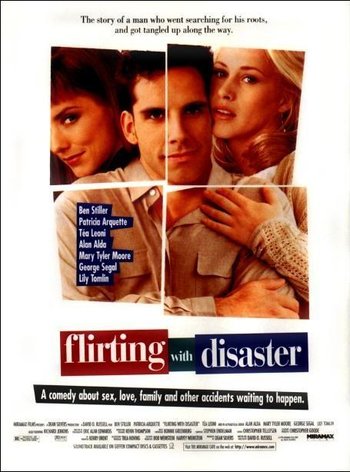 Flirting with Disaster is a 1996 comedy film directed by David O. Russell and starring Ben Stiller, Patricia Arquette, and Téa Leoni. It is the story of one man's quest to find his biological parents in hopes that this will cure his neuroses and help him decide on a name for his newborn son. Naturally, Hilarity Ensues.