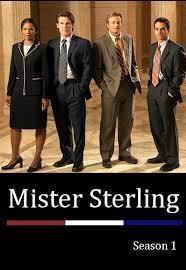 A short lived series that aired on NBC in 2003, and starred Josh Brolin as the eponymous Sterling. Bill Sterling is the son of retired Democrat Senator Bill Sterling Sr. A dedicated idealist working to improve conditions for prisoners, after a senator dies, he is appointed to fill in as a Senator for the remainder of his term. The leaders of the Democratic party want him to play ball and vote along their lines, but he quickly establishes himself as an independent, marking himself as a bit of a wild card in the Senate.

The show is somewhat of a Spiritual Successor to Mr. Smith Goes To Washington . Sadly, it was cancelled after ten episodes.