Western Animation / Pryde of the X-Men 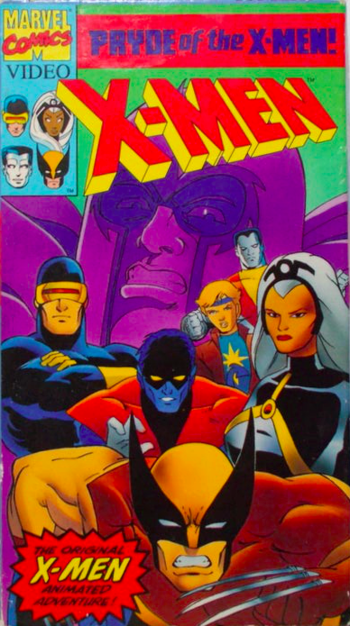 Not pictured: Our Protagonist
"Magneto's hordes are on their way to pillage, burn and plunder
But there's one team that will not yield, the team that strikes like thunder!"
—From the Expository Theme Tune
Advertisement:

Pryde of the X-Men was a 1989 pilot for an X-Men animated series that was never picked up; the series would be reworked a few years later into its more successful counterpart. In a somewhat ironic twist, despite being largely forgotten it was the primary basis of the well-regarded X-Men arcade beat-em-up.

As the title may suggest, the short focuses on Kitty Pryde, a teenage girl who, upon discovering that she has mutant abilities, is recruited by the X-Men in order to learn how to use her powers properly. This is cut short by the machinations of their arch-enemies, the Brotherhood of Evil Mutants.