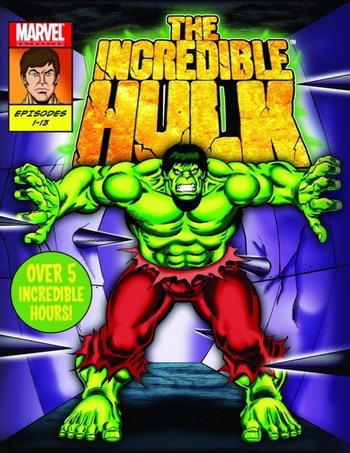 The Incredible Hulk received a short-lived animated series in 1982 on NBC produced by Marvel Productions. It was paired with another Marvel show, Spider-Man and His Amazing Friends.
Advertisement:

As in the original comic, Bruce Banner struggles with transforming into the green and muscular Hulk because of an accident where he was exposed to gamma radiation after saving the life of Rick Jones.

The Incredible Hulk (1982) provides examples of: