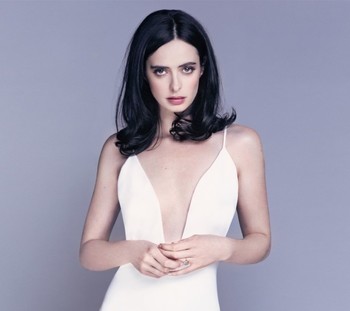 Ritter is best known for portraying Jessica Jones in the Netflix series of the same name and in The Defenders (2017).

She's also recognized for her role as Jesse Pinkman's tragic girlfriend Jane Margolis on the massively popular AMC series Breaking Bad, Gia Goodman on Veronica Mars (as well as its cinematic sequel), and the titular character of ABC's Don't Trust the B---- in Apartment 23.

In addition to her acting career, she's also a musician —recording under the name Ex-Vivian— and author. No relation to John Ritter.