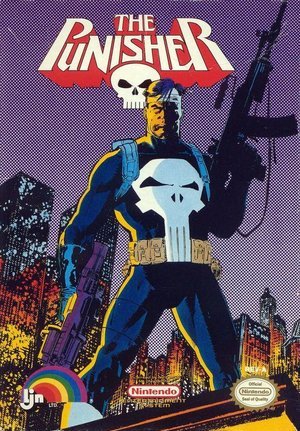 A 1990 Rail Shooter game for Nintendo Entertainment System, which is based on the Marvel Comics' vigilante character The Punisher. It was developed by Beam Software, and published by LJN Toys.

The Punisher goes against various criminals trying to control the streets, and guns them down until he is face to face with the mastermind behind it all.

The game was ported with few differences to Game Boy one year later, under the subtitle The Ultimate Payback.