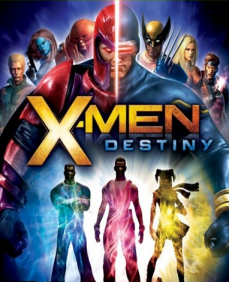 After a series of natural disasters, plagues and economic downturns, mutant-human tensions are at an all time high, with a mutant-hating organization called the Purifiers springing up all over the world. Professor X is killed by the mutant-killing machine Bastion, and the X-Men splinter apart after the mansion comes under attack. San Francisco has begun segregating humans and mutants into separate areas of the city. At a human-mutant peace rally, hell breaks loose when Magneto (allegedly) launches a terrorist attack, bringing the world to the brink of war.

The player takes control of one of three characters created for the game, whose mutant powers manifest for the first time at the peace rally: Aimi Yoshida, a Japanese girl who was smuggled to America by her mutant parents to protect her from harm; Adrian Luca, a Purifier soldier-in-training coming to terms with the realization that he is one of the mutants he so hates; or Grant Alexander, a small town boy from Georgia with dreams of being a college football player. The player can choose from one of three powersets (density control, energy manipulation and shadow matter) and use "X-genes" to gain the powers of various characters from the franchise.

With these newfound powers, the new mutant must survive in the devastated San Francisco, unravel the conspiracy bringing humans and mutants to war, and choose their destiny by joining either the X-Men or the Brotherhood.