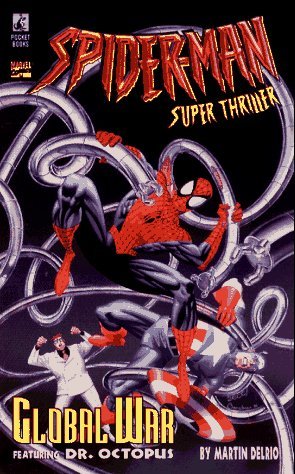 Spider-Man: Global War is a 1996 Spider-Man novel by Marin Delrio. Spidey and Captain America have to stop a plot by Doctor Octopus to Take Over the World by manipulating Doctor Doom and the rest of the world into a war.