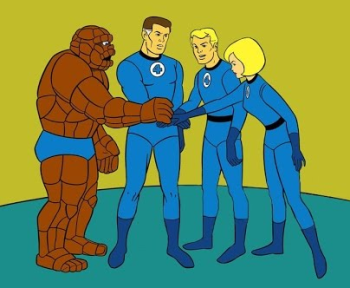 This action cartoon, produced by Hanna-Barbera for ABC, was among the first of several animated adaptations of the Fantastic Four comic book. Several of the Stan Lee/Jack Kirby stories from the early issues were adapted for this program. This series ran for 20 episodes, including two 10-minute shorts, until the Media Watchdogs demanded less violence in children's television.