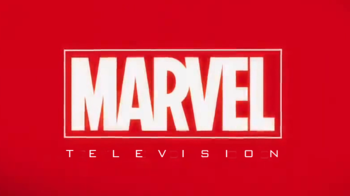 Marvel Television was a division of Marvel Comics that was responsible for live-action and animated (through Marvel Animation) television shows and direct-to-DVD series based on Marvel Comics franchises. The division was based at affiliate ABC Studios' location. Most of the live-action shows produced by the division are set within the Marvel Cinematic Universe, sharing continuity with the films produced by Marvel Studios.

Originally operating under the Marvel Entertainment subsidiary, Disney announced a reorganization of Marvel effective October 2019 where all multimedia units, including Marvel Television and Marvel Animation, were transferred to Marvel Studios, overseen by Kevin Feige. With the reorganization, Marvel Comics remains the only core asset of Marvel Entertainment. On December 10, 2019, it was further announced that Marvel Television would be totally absorbed into Marvel Studios, with layoffs subsequently imposed as a result of the absorption.

As part of the restructuring, all of Marvel Television's shows were swiftly cancelled, and planned projects such as New Warriors and Ghost Rider were discarded, as Marvel Studios formulated plans for more properly MCU-integrated shows starring the films' actors that would be explicitly part of the story told in the movies, and feature visual effects closer to the standard of the films themselves. Said new shows will be streamed on Disney+.