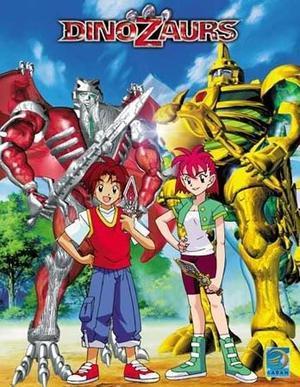 DinoZaurs: The Series, also known as Prehistoric Warriors and DinoZone (ダイノゾーン) in Japan, is a Japanese anime which is a combination of traditional animation and computer animation. It was dubbed and aired on Fox Kids in 2000-01 before that block's demise.

After 65 million years, the Dino Knights awaken when their old enemies, the Dragozaurs, return to drain Earth's lifeforce. Along the way they pick up some human friends: Kaito, Rena, and Rick.

Not to be confused with Dinosaur King.