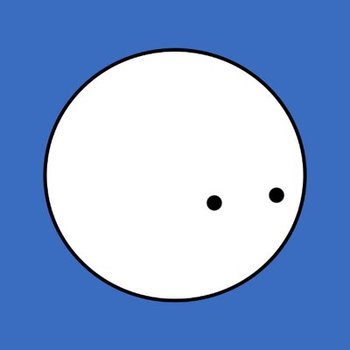 TV Tropes ruined his life. This enraged his father, who punished him severely.
Advertisement:

Describe OverSimplified here.
"I can't. My gout is acting up."

Have you ever wanted to brush up on a complex historical topic, but didn't want to devote the time to studying such a complex and intricate series of precedents that started to come together well before the actual event happened, and the consequences of which were felt long after the period ended?

is a YouTube channel dedicated to doing just that. It takes complex historical topics and boils them down to a few short minutes and some animation, but with lots of added humor and more than a few Running Gags to keep things interesting.

And you would be wrong. I'm not sure why you'd think that.

OverSimplified (real name Stuart Webster) was created in 2016note The account itself was created in 2006 and was originally named Webzwithaz, but since he uploaded his first video in 2016, OverSimplified being created that year is Metaphorically True. with a two-part video about World War I, later followed up with videos about Adolf Hitler, World War II, and the Cold War, as well as other mini-episodes covering such topics as the Falklands War, the Football War, and the Norman Conquest of 1066. It has since expanded to cover topics such as the French Revolution, the life of King Henry VIII, and even the Prohibition era of the United States.

As a whole, it comes across as a web series similar to Crash Course, but with longer videos, more humor, and more of an eye to the buildup and consequences of each central issue rather than just the meat of the issue itself.

So, you made it to the end, huh? There's a tax for that.
Minister Pearce: At least I got a feather hat.

Example of:
A God Am I

No War, No Peace

No War, No Peace