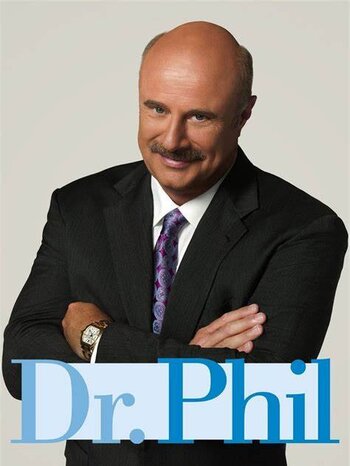 "What gives you the right to imprison your wife in the basement?"
— Dr. Phil, addressing a typical guest
Advertisement:

Dr. Phil is a reality/talk television show hosted by Phil McGraw. After McGraw's success with his segments on The Oprah Winfrey Show, Dr. Phil debuted on September 16, 2002. On both shows, McGraw offers advice in the form of "life strategies" from his life experience as a clinical psychologist.

He also produces another show with his son Jay, The Doctors, a medical talk show competing with The Doctor Oz Show. As with Oprah, both shows are contracted so that they can't air at the same time if on different networks.