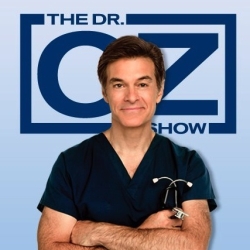 The Dr. Oz Show is an American syndicated television talk show, hosted by Dr. Mehmet Oz, a cardiothoracic surgeon and teaching professor at Columbia University who became famous for his appearances on The Oprah Winfrey Show from 2004 until 2009. In the first season the show was nominated for an Emmy in best informative talk show and Dr. Oz took home an Emmy for best talk show host. The show discusses various medical problems and what to do about them.