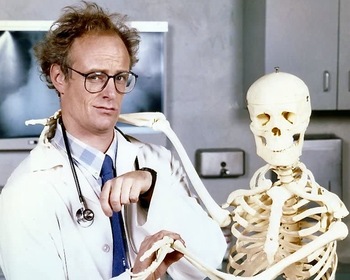 Most of the comedy surrounds Dr. Stratford's zany antics, which are tempered by his obvious commitment to his profession and his patients. Though at first mainly serving as "straight men" for Frewer's manic style of comedic acting, the other characters gained more depth as the series progressed, with such issues as AIDS, breast cancer, and homophobia being touched on.