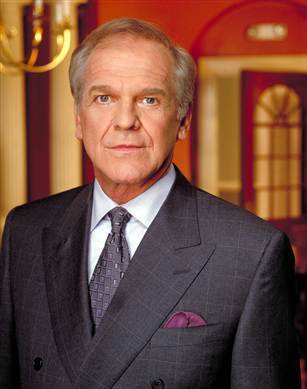 John Spencer (December 20, 1946 — December 16, 2005) was an American actor. He started acting as a teenager in the early 1960s. His debut was on The Patty Duke Show as one of Patty's boyfriends. This led to many bit roles before he made his film debut in 1983's WarGames. He would join L.A. Law in 1990 as street smart attorney Tommy Mullaney.

However, it was the role of Leo McGarry, the White House Chief of Staff on The West Wing which would earn him the greatest acclaim. He would win the Emmy Award for Best Supporting Actor in a Drama Series in 2002.

He died suddenly from a heart attack on December 16, 2005, four days before his 59th birthday.