It Came from Beverly Hills 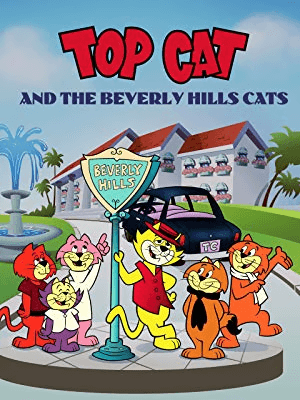 "I wanna live a life like that
I wanna be just like a king
Take my picture by the pool
Cause I'm the next big thing
Beverly Hills... That's where I want to be!"
— Weezer, Beverly Hills
Advertisement:

Beverly Hills is such an iconic place that just putting that in the title of a work is a selling point on its own. Just slap the words "Beverly Hills" in the title and make the city your setting, and you have half the work already made. The city is so famous in its own right, it's easy to forget that it's technically just a suburb of Los Angeles.

For many, the city has become synonymous with a collection of Rich People stereotypes: wealth, superficiality, frivolity, etc, so using the name helps make titles seem High Concept. There are richer and bitchier areas than Beverly Hills, but only Las Vegas rivals it as an icon of excess.

Watch out for the iconic shield-shaped welcome sign, which is pretty much guaranteed to appear in any work set there (as in the trope image).