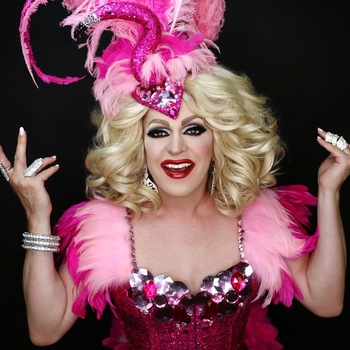 After auditioning twice, Pandora was cast on the second season of RuPaul's Drag Race where she placed eight overall and was voted the season's "Miss Congeniality". Highlights of her time on the season include her performance impersonating Carol Channing on the "Snatch Game" (the show's Match Game parody) however she didn't win any challenges during the run, although she consistently placed highly.

Outside of RuPaul's Drag Race and performing as a drag queen in general, Pandora is known for producing, writing and directing, acting, and comedy shows. She also has her own YouTube channel.

Pandora Boxx provides examples of the below tropes: