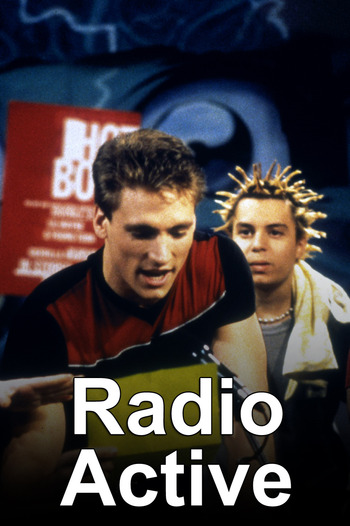 Radio Active was a Canadian TV show that aired from 1998 - 2001 on YTV (and briefly on Fox Family in the US), based on the Quebec French series Radio Enfer. The premise was simple: a group of students at Upper Redwood High School manage and run their own school radio station, entitled Radio Active. Chaos frequently ensued as the group worked to avoid and undermine the sneaky teacher-supervisor Ms. Noelle Atoll, who always believes (usually rightly so) that they're up to something.

The original cast of characters consisted of students George S. Goodwin III, Tanya Panda, Morgan Leigh, Kevin Calvin and Ethan St. John. In 1999, Kevin and Ethan were replaced by Blair Resnicky and Roger Richards, who remained for the remainder of the show. The students were joined by supervisor Ms. Atoll and incompetent vice principal Mr. Noseworthy, and occasionally joined by Morgan's annoying younger sister, Sarah.