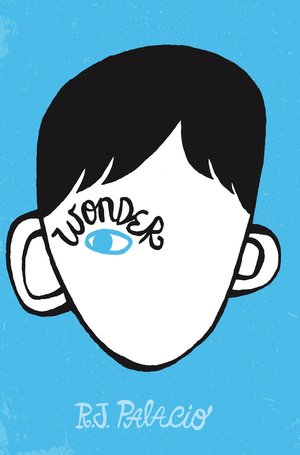 You can't blend in when you were born to stand out.
Advertisement:

Wonder is a middle grade realistic fiction novel and R.J. Palacio's debut. It is about a 10-year-old Shrinking Violet who is about to attend school for the first time since he's been too busy with surgeries of his deformed face to go earlier. Although he manages to form a ¡Three Amigos! with his fellow classmates Summer Dawson and Jacklope "Jack" Will, his face scares off or repulsed all of his other classmates, and this novel is about his quest to gain a 100% Adoration Rating in his school. Also has a companion novel, Auggie and Me, published in 2015.

A film adaptation was released by Lionsgate on November 17, 2017, with Jacob Tremblay in the lead role as Auggie, Julia Roberts and Owen Wilson as his parents and Stephen Chbosky as the film's director. Broadway is producing a version of the story.