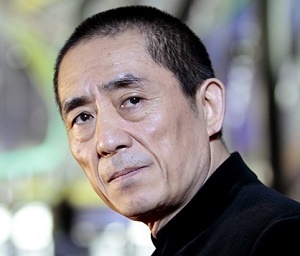 He gained a lot of applause for directing the truly spectacular opening and closing ceremonies of the 2008 Beijing Olympic Games.

The films of Zhang Yimou include:

Tropes found in or relating to Zhang Yimou's work include: