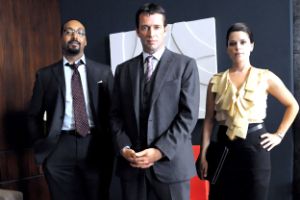 A tragically short-lived (eight episodes) 2009 NBC series about a billionaire playboy, Teddy Rist, who, after the death of his young son and a life-changing experience in Nigeria, decides to start using his wealth for good and jets around the globe doing good deeds, much to the admiring exasperation of his business partners and friends. Every episode focuses on a different specific area of the world, and is told by Teddy in a flashback. Based on the life of Bobby Sager

and filmed primarily in South Africa.