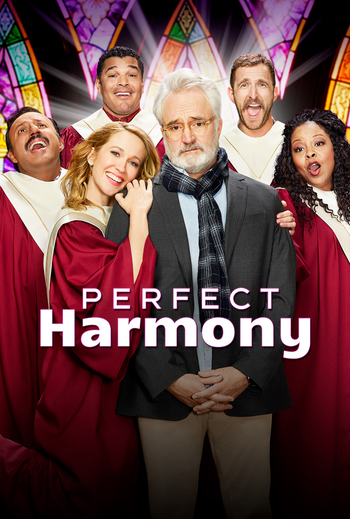 Perfect Harmony is an NBC Sitcom starring Bradley Whitford and Anna Camp that debuted in 2019.

Arthur Cochran is a former Princeton music instructor who recently moved to rural Kentucky as it was his wife's dying wish to be buried in her hometown. Struggling as a widower, he finds himself drunk and contemplating suicide when the horrifically out-of-tune choir of the Second First Church of the Cumberlands distracts him and causes him to angrily stomp into their practice to point out their many flaws.

Realizing that they desperately need help, the choir persuades Arthur to become their new director and giving him a new, if unwanted, purpose in life.

The show co-starred Rizwan Manji, Tymberlee Hill, and Geno Segers. It was cancelled after 1 season.