Literature / As I Lay Dying 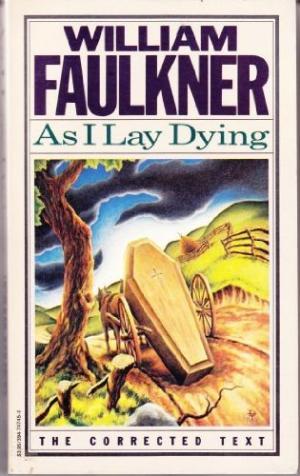 As I Lay Dying is a 1930 novel by William Faulkner. It's arguably among the least Mind Screw-like and most comprehensible of his works, and thus a good starting point.

The basic plotline: Addie Bundren, the matriarch of the Bundren family, has died and expressed a wish to be buried in her hometown, Jefferson. Her husband Anse and children Cash, Darl, Jewel, Dewey Dell and Vardaman comply — although in many characters' cases, for not-entirely-altruistic reasons — pack up the corpse and go. This being a Faulkner novel, of course, things go wrong. Very wrong.

A film adaptation, directed by and starring James Franco, was released in 2013.

As I Lay Dying contains examples of: