Literature / The Sound and the Fury 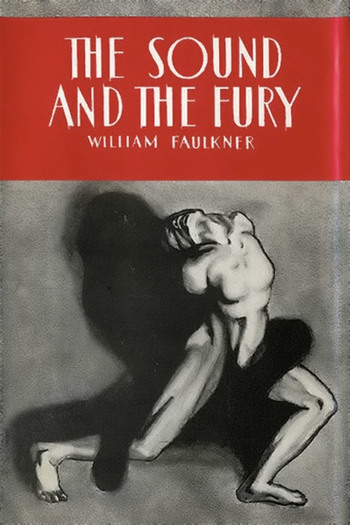 "Out, out, brief candle!
Life's but a walking shadow, a poor player
That struts and frets his hour upon the stage
And then is heard no more. It is a tale
Told by an idiot, full of sound and fury,
Signifying nothing."
—Macbeth, Act V, Scene 5
Advertisement:

The Sound and the Fury (1929) is one of William Faulkner’s most famous novels. Befitting a Faulkner work, it’s both mildly incomprehensible and incredibly tragic.

The story follows the extremely dysfunctional Compson family of Jefferson, Mississippi (part of Faulkner’s fictional Yoknapatawpha County, where many of his stories are set). It’s mostly focused on the four Compson siblings: Benjy, Quentin, Jason, and Caddy.

Each of its four sections is narrated by a different family member: the first by the mentally disabled Benjy; the second by Quentin, a Harvard student who’s essentially forsaken his family by this point; the third by Jason, an objectively despicable human being who resents his role as family patriarch and emotionally abuses his mother, brother, and niece; and the fourth by Dilsey, the family’s black cook/housekeeper who observes the dysfunction. (Her section is also unique in that while the Compson brothers narrate in first person, Dilsey’s section is a more standard third-person omniscient narrative.)

In 1945, Faulkner wrote an appendix

that clears up a few issues and describes what happens to everyone that wasn't already dead by the novel's end.

Alternative Title(s): The Sound And The Fury