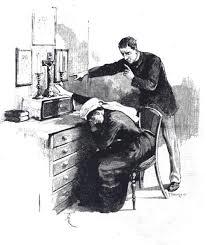 The Son's Veto is an 1891 short story written by Thomas Hardy. It tells the story of Sophy, a crippled former servant who marries her boss, the widower Reverand Twycott, vicar of the small town Gaymead, after leaving her fiancé Sam, a gardener. Fearing judgement for marrying a simple servant, Rev. Twycott moves to the city and they have a son named Randolph, who grows up to be even more ashamed and embarrassed of his mother.

Years later, when Randolph is a young man and the vicar has been dead for two years, Sophy meets Sam again, who wants to marry her. Randolph, who has long assumed the position of authority, refuses, on account of Sam being a mere uncultured gardener.